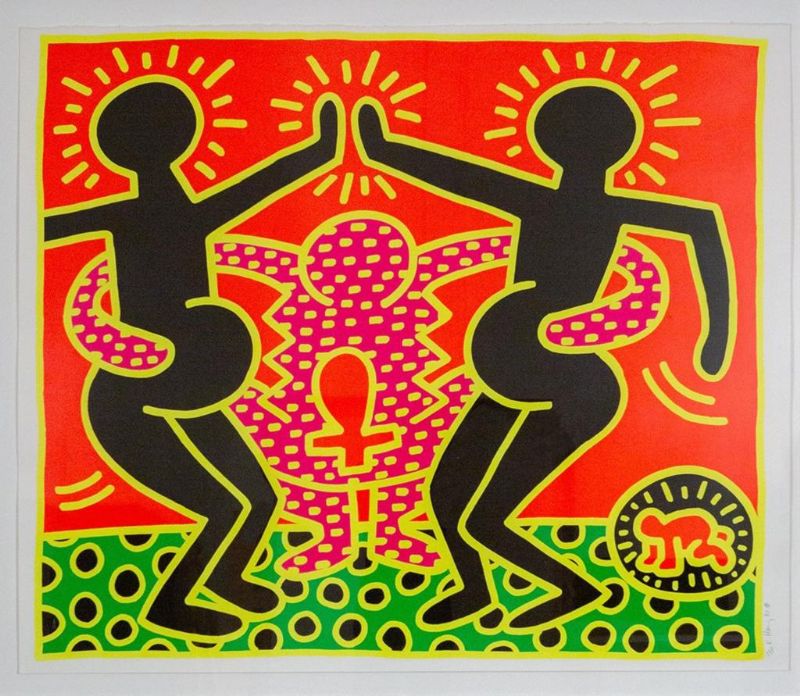 A piece for the serious collector, an exceptionally rare Keith Haring silkscreen from the iconic ‘Fertility’ series of 5 images.

Keith Haring is one of the leading names of the 20th Century American pop art movement. His work was often a response to New York street culture of the 1980s and Haring himself was an influential social activist at the time along with other major New York artists such as Jean-Michel Basquiat.

This iconic piece is the fourth image in the ‘Fertility’ series and is number 49 of 100. This work is in pristine condition and it features the use of Harings signature black and white outline which contrasts against the bright, fluorescent colours. The work was purchased unframed in its original portfolio, it is now framed in a bespoke hand made black frame and the vibrancy of the work is protected under museum quality UV protective glass. Signed and numbered in pencil by Keith Haring, dated 1983.
Click here to see more information  or contact us directly on 028 90311 666